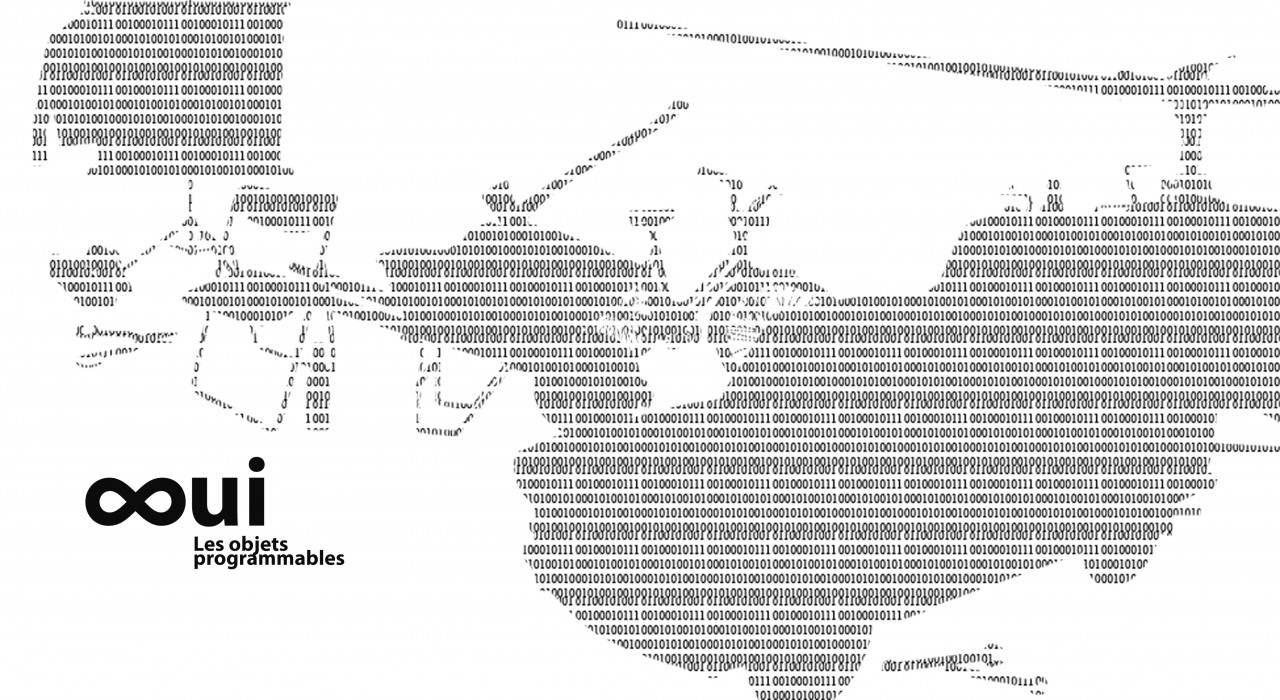 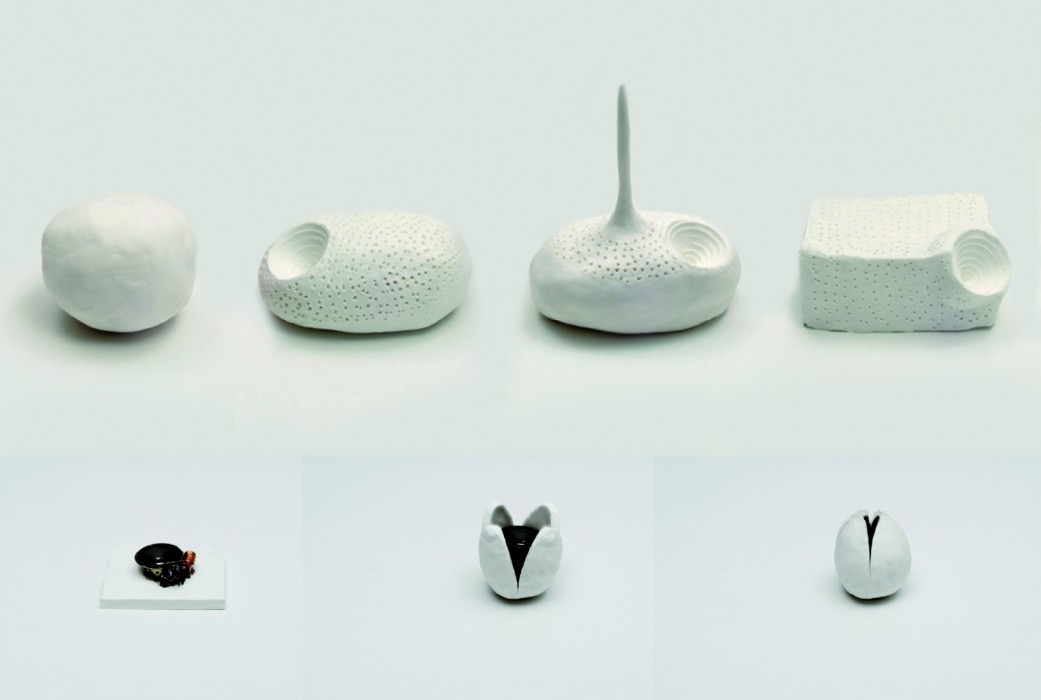 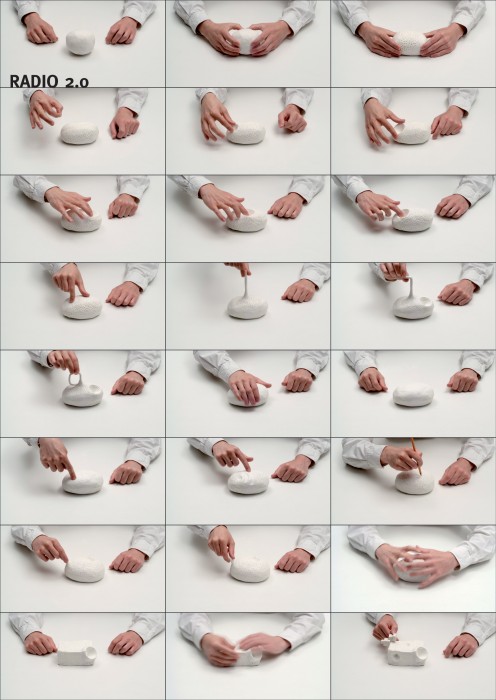 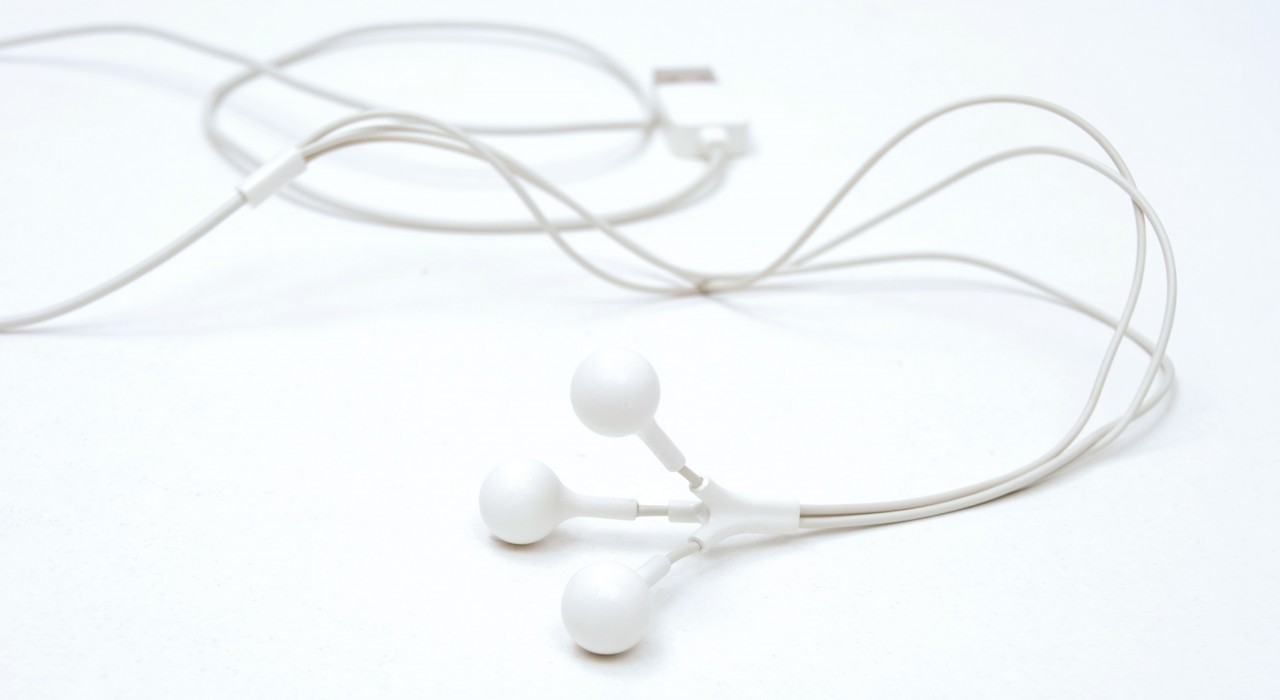 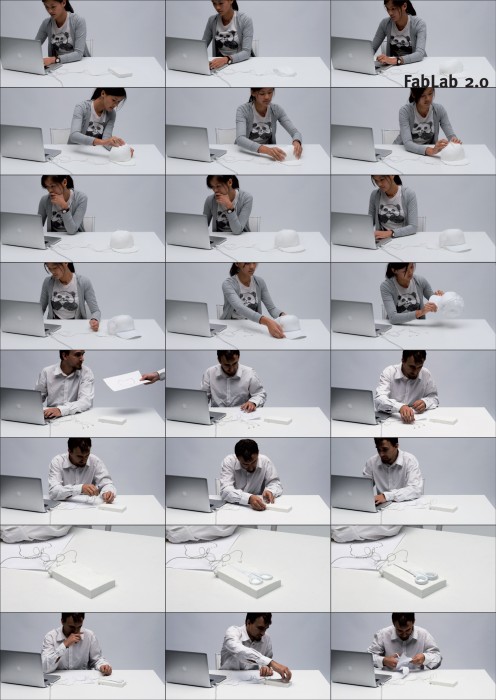 This project is primarily a questioning on the relation between form and use of everyday objects in the digital era.

It is a journey on the impact that the digital world can have over everyday objects.
Nowadays objects become reflexive, they evolve as we use them. We are evolving from a system where form follows function to a system where form follows use. But this flexibility in the use applies only to the programmable nature of the object: and the electric-electronic part remains opposed to the tangible part, which is fixed by the matter.

My proposal is a new approach on how to increase the digital flexibility in the tangible matter of the object.
In short, the issue is on how to program the physical matter to suit our desires.

I have designed objects whose forms are fully programmable in real time, based on the use of an intelligent material, called claytronic, currently in development by the Carnegie Mellon University in partnership with Intel.

RADIO
I have choosen a radio, an everyday object to observe what could be the impact in terms of shape and use.
I have kept only the functional elements of the radio and I have associated an interface which is responsive to touch.
My design response is to associate usage signs to the material reaction in order to guide the manipulation and adjustments by the user.
This study on the behaviour of the material allows a flexibility of the interface for multi-scale levels of representation.
So unlike traditional objects that suggest uses, it is the user that shapes the object, defining the symbols to define the settings. The use defines the object.
The object’s flexibility allows the empowerment of the user, to produce and express its imaginary.
The object becomes a pure medium of expression and thus a medium of reflexivity.
This object is a radio only when it’s on. When it’s off, and that the user is not using it, the object loses its formal identity. For the user, this object remains a radio, but it doesn’t look like one.
This avant-garde technology allows us to finally recover our ancestral relationship towards matter; it’s a return to the practice of artisanal production, where the artisan shapes the material through trials to achieve the best outcome. 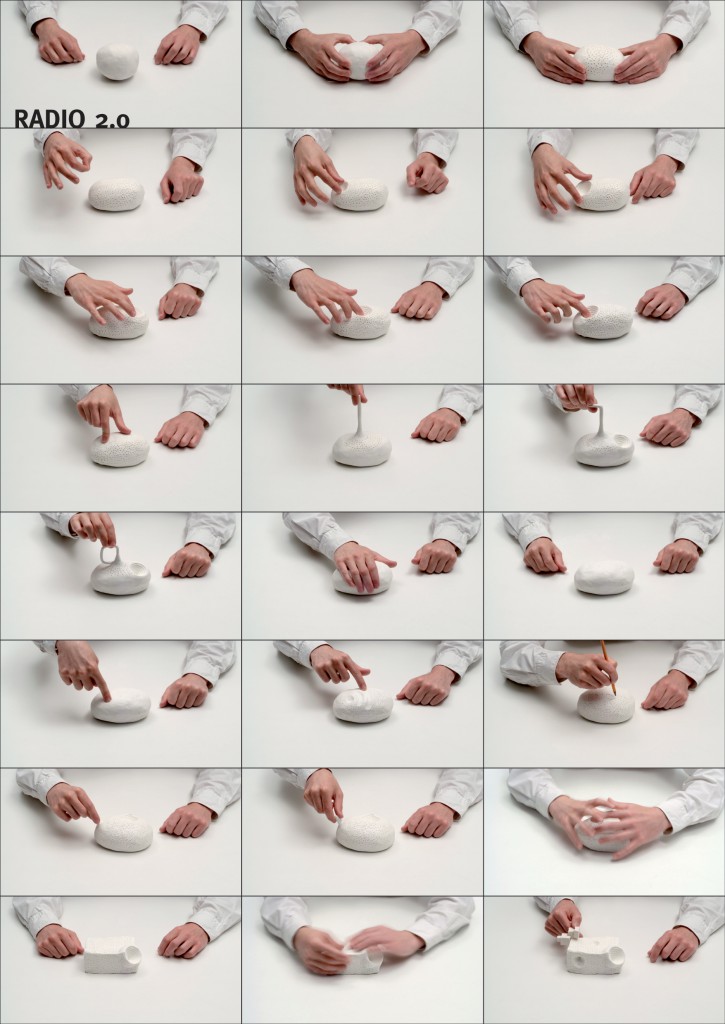 FABLAB
These neo-objects are pure media of representation and projection for the user. These are new tools to produce and express. As Simondon says they are no longer objects for use but objects for production.
This is a meta-design.

This project is illustrated through videos of metamorphic objects that lead us to think about the aesthetics of these new living interfaces. It is a new point of view on the interfaces of tomorrow, which, following the concept of audio and video are called «interface PARIO,» which means the genesis, birth in Latin.
If we reconsider the system of objects of Baudrillard that condemned the explosion of codes and symbols in post modernism, we are here dealing with the creation of a new system of objects. Indeed, these new objects have no more shape, signs, icons, and controls. So finally what aesthetic expect for these objects? 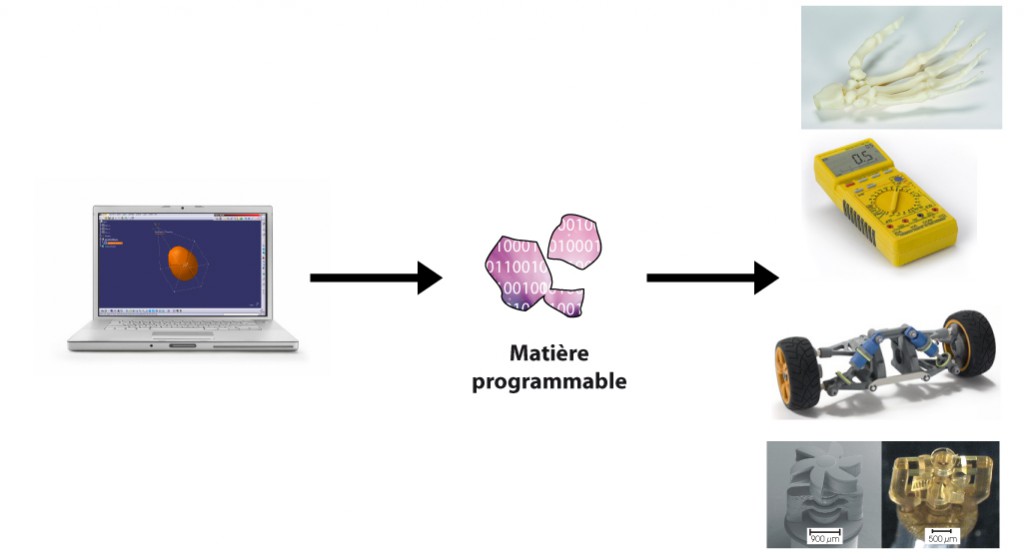 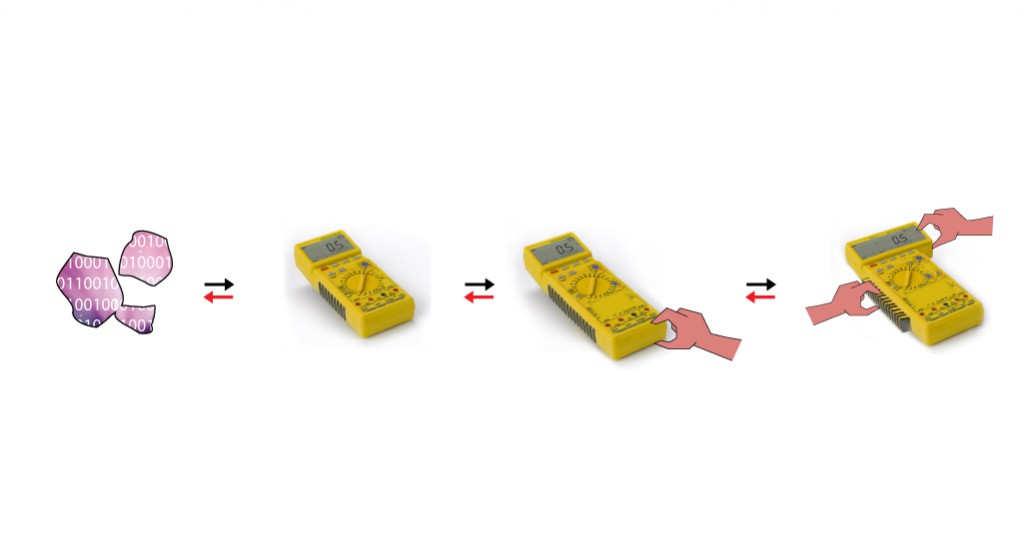 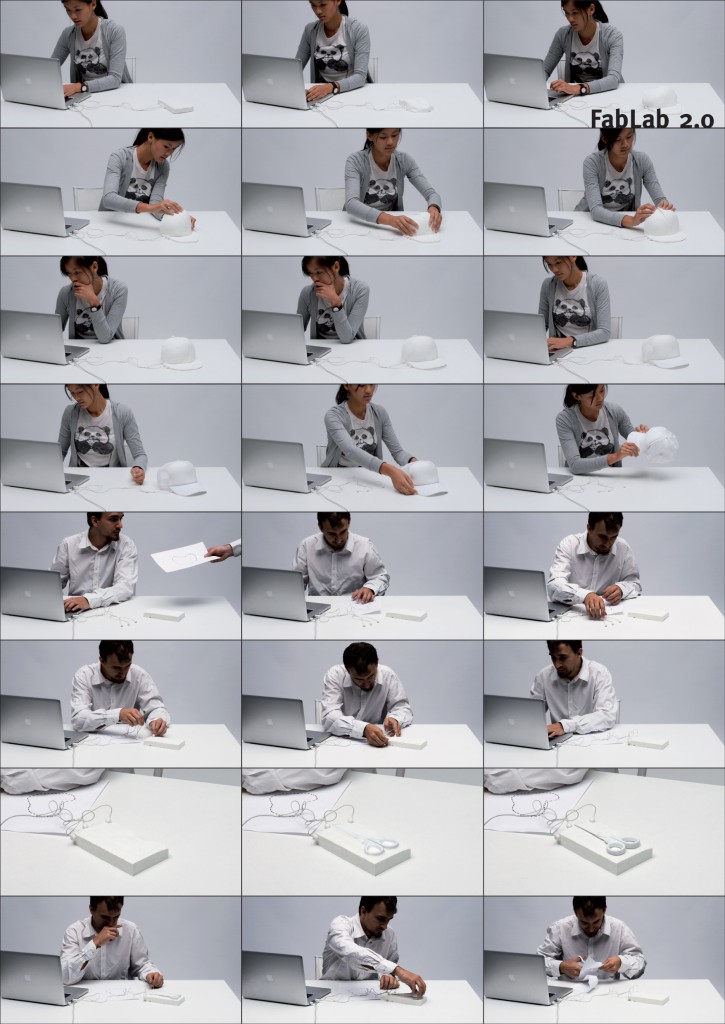