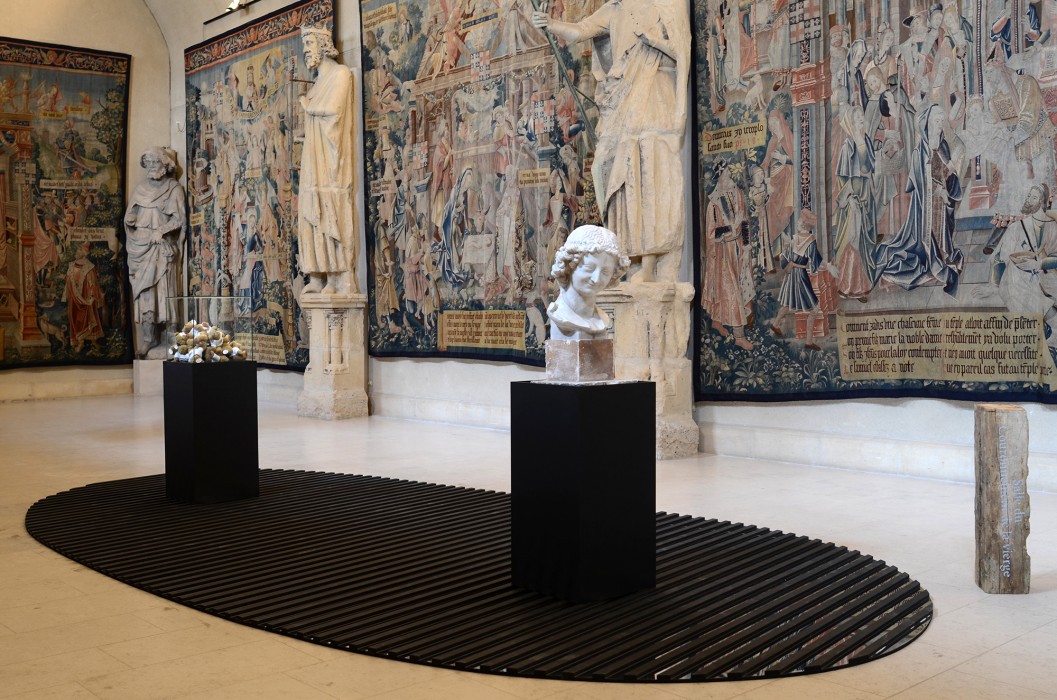 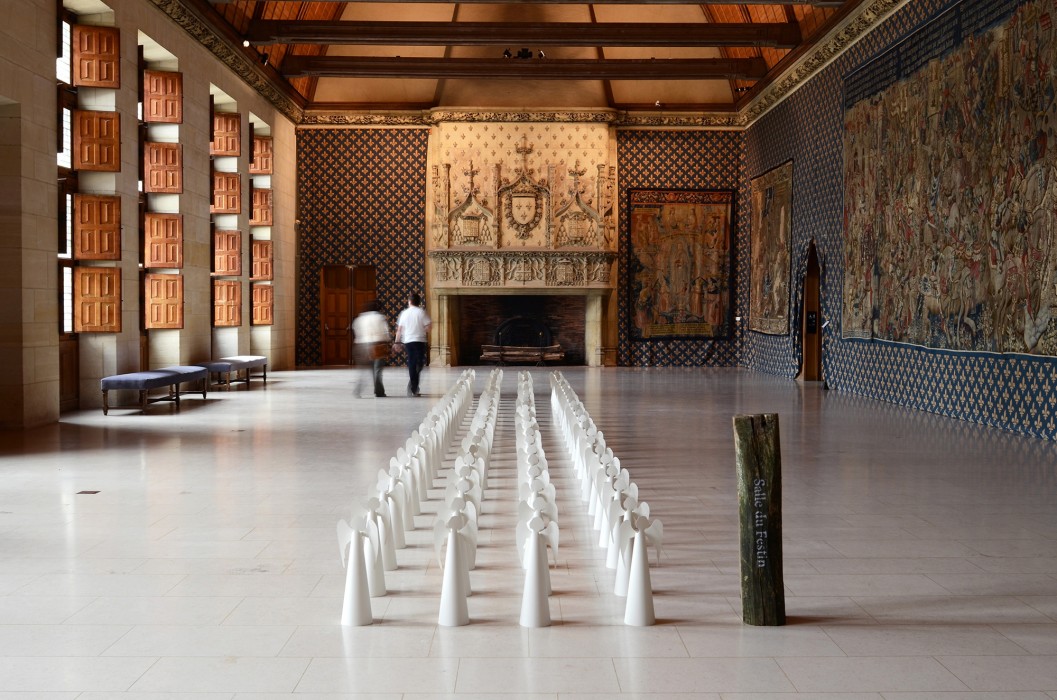 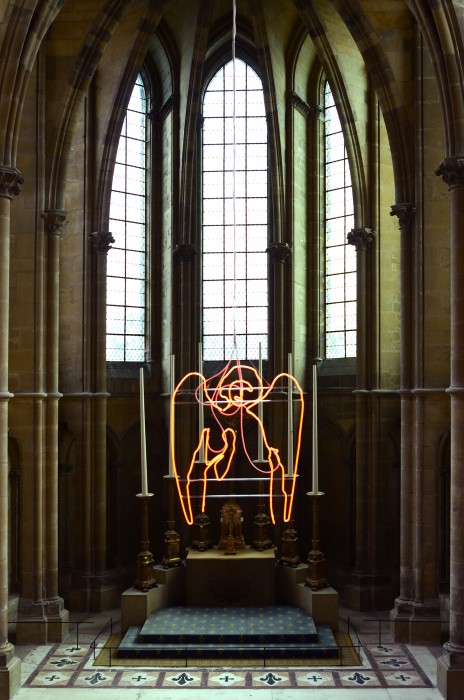 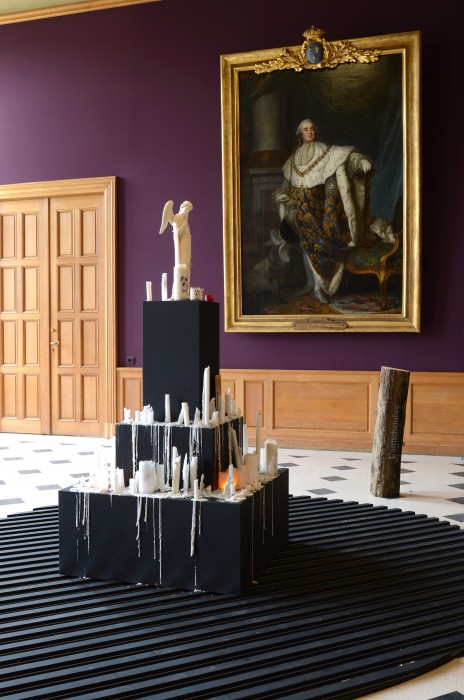 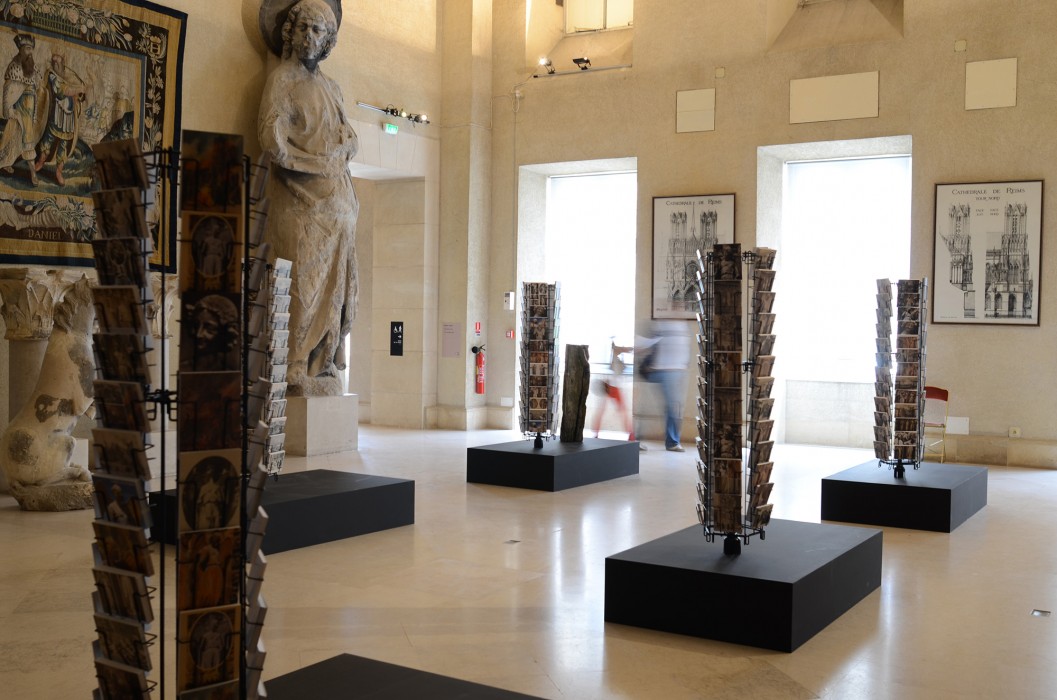 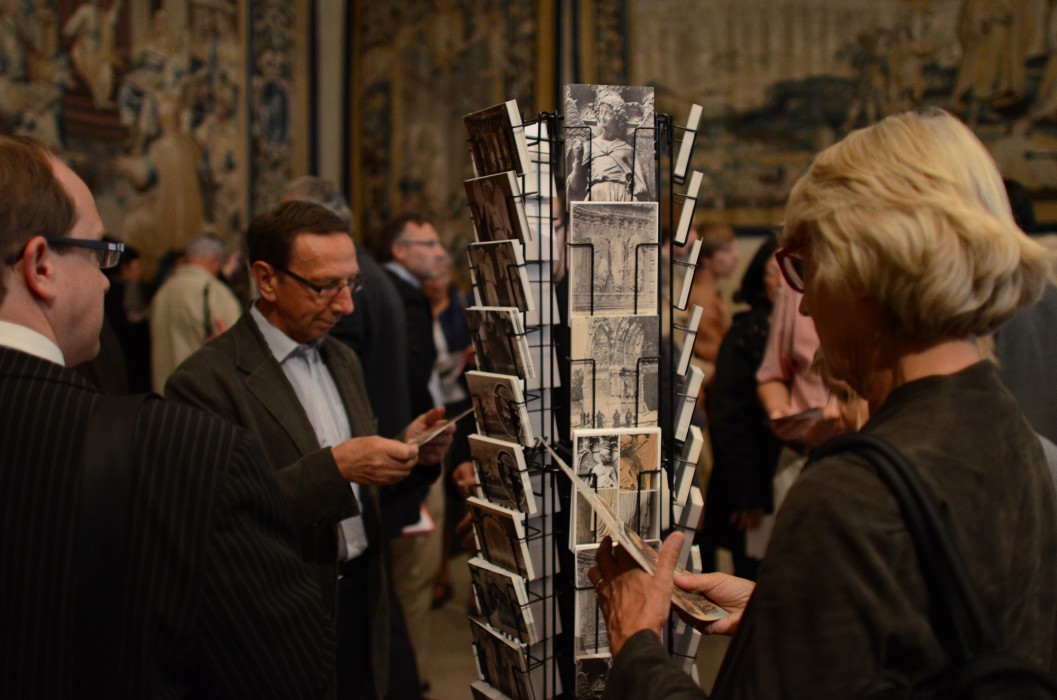 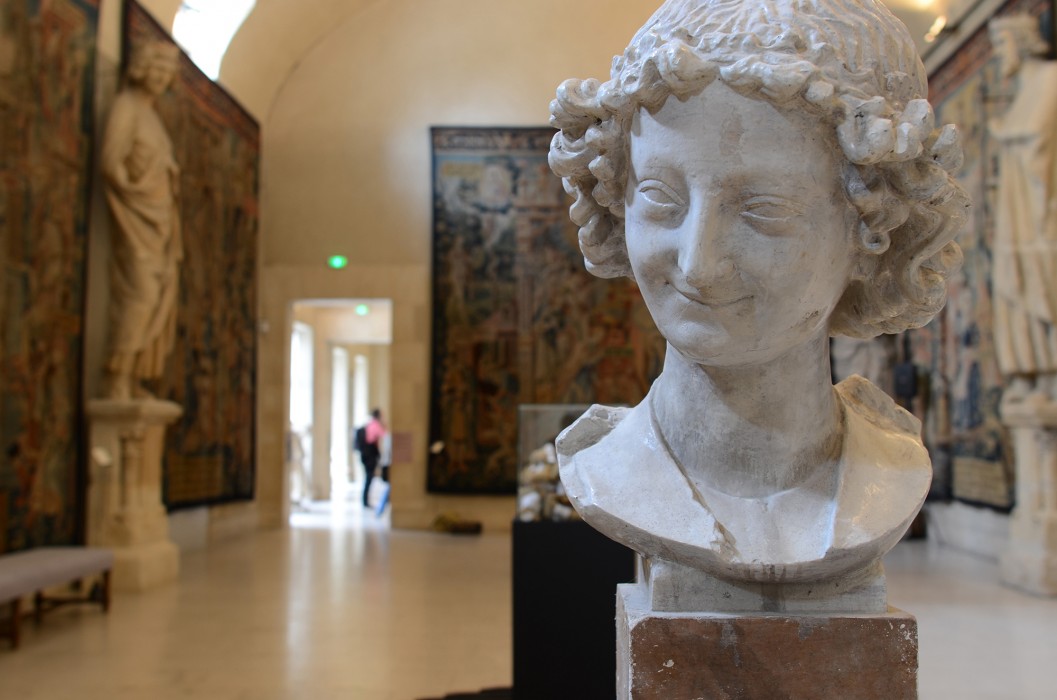 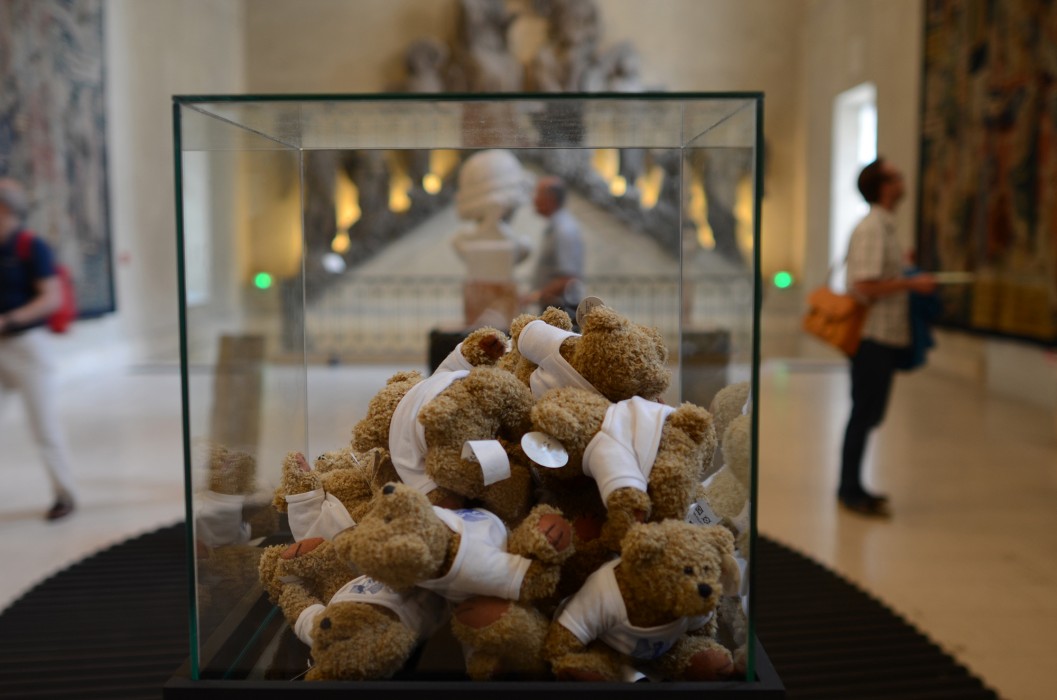 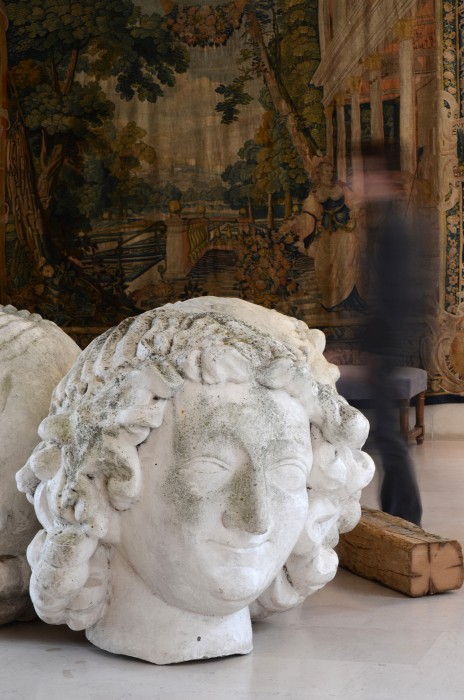 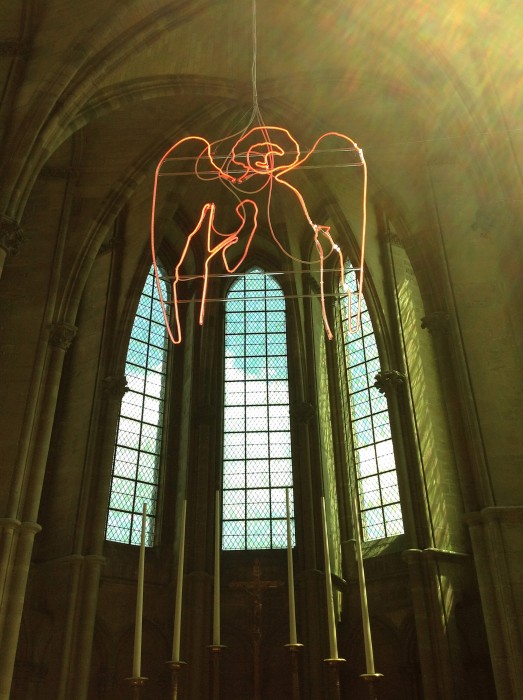 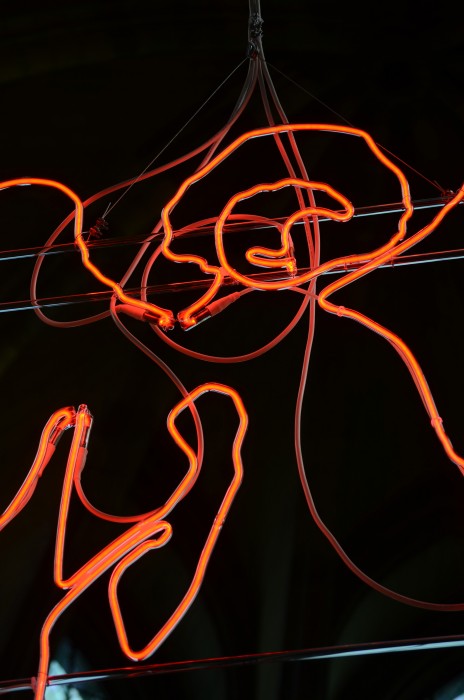 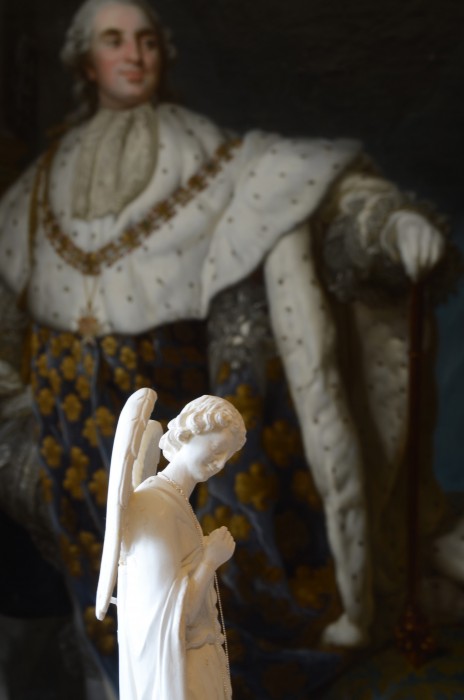 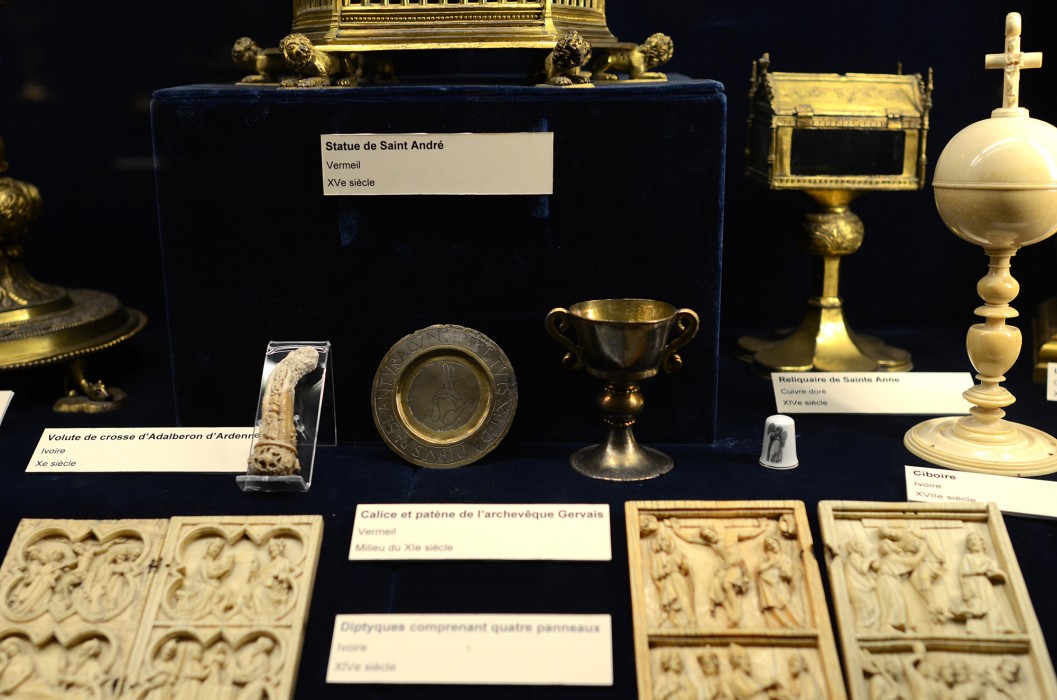 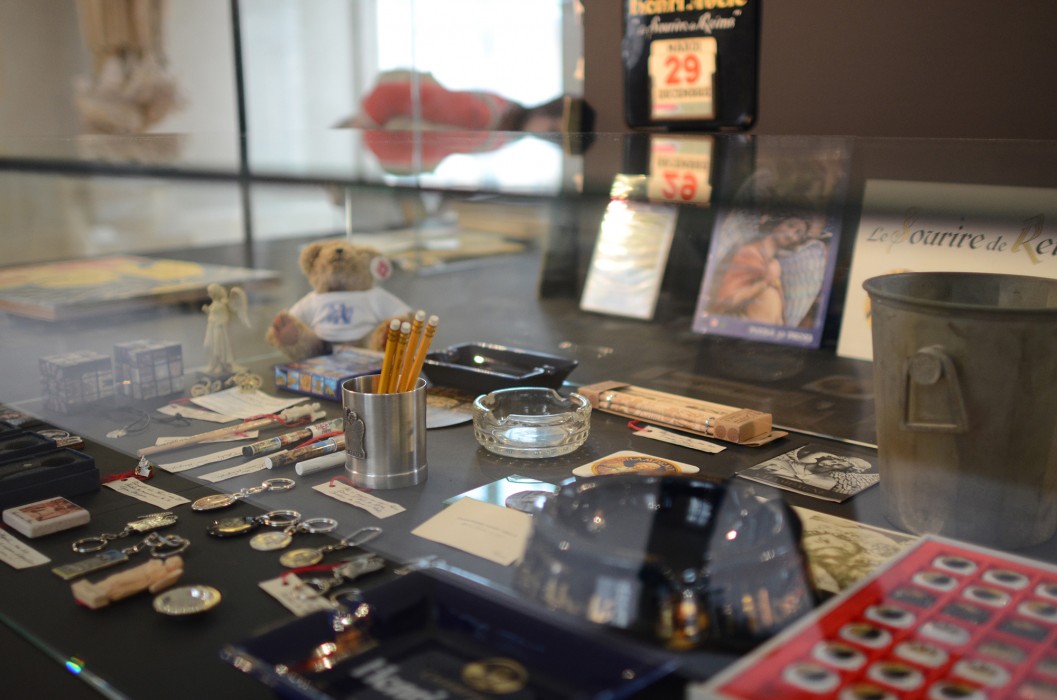 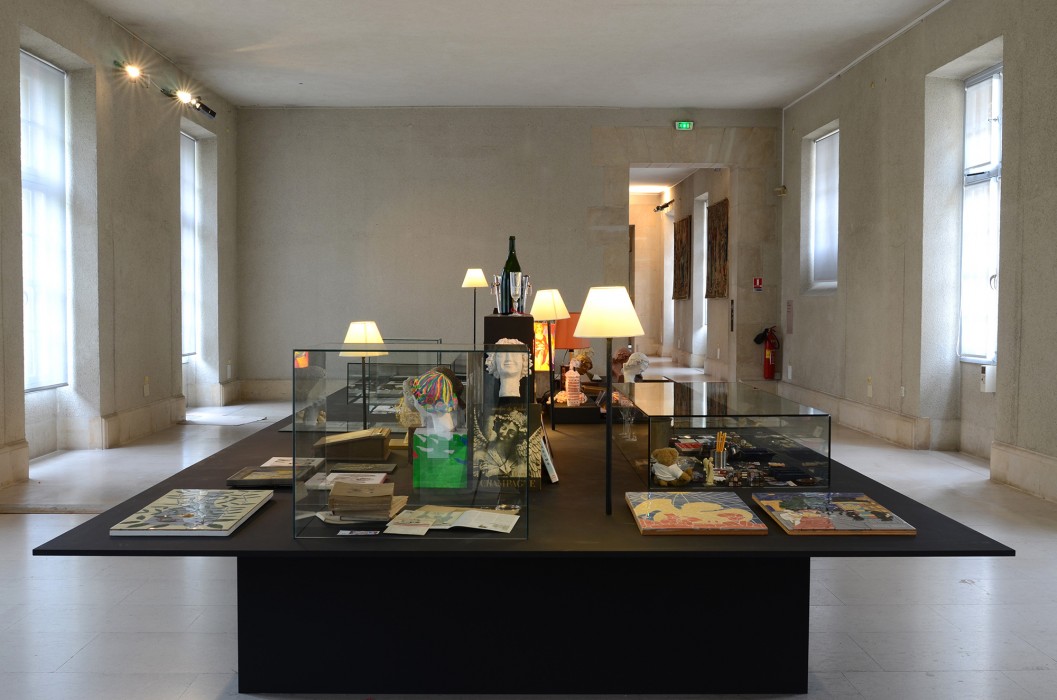 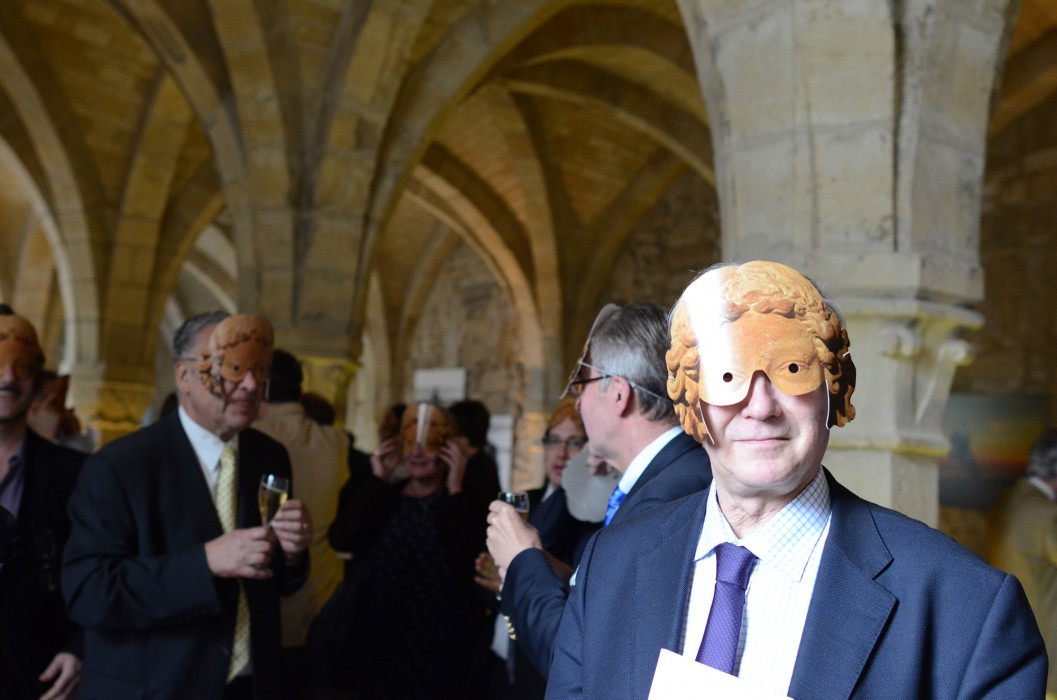 Expression of gentleness and serenity, the Angel of Reims still fascinates nearly eight hundred years after its creation. The historical circumstances of its mystification at the beginning of the XXth century do not alter the enigmatic charm of its features. At the beginning of World War I, the statue is beheaded by a beam during a fire. The photograph of this vandalization travels the world over.

The “Angel of the left gate on the western façade” becomes in 1915 “the Smiling Angel”, symbol of the cathedral’s martyrdom and subsequently of the entire city of Reims. Its image has been demultiplied over a century by artists, retailers, merchandizers and marketers hence nourishing the work’s fame amongst the general public. Presently, it is probably the most popular masterpiece of medieval statuary. “Known for the mere fact of being known”, characterizes the modern “people” the “Smiling Angel” has become. Its history tends to fade behind its overexposure making it simultaneously a symbol of identity, a mascot and a trade mark.

The exhibition “With a smile – The saga of the Angel of Reims” explores the origin of a myth and surrenders to the lure of its overflow. The scenography questions in depth the extreme “peopleization” of a work of art in the era of “all-communication”.